A count who has denounced his nobility, chosen the life of an artist, used his ancestry as art material.

The perpetual outsider, the free spirit who ruffles feathers with a sweet smile and no compromises.

His photos, books, paintings, fabric prints and films are integral parts of Swedish culture from the 60s on.

He has influenced and defended counter culture, produced a lot but sold very little of his art, and still gathers a cult following.

There are autobiographical aspects to all his work, but so far, no one else has told the story of his life and career.

This past April the first retrospective of CJ's work opened in Stockholm, bringing in a staggering 20,000 viewers.

Kersti's project followed him through this exhibition process, the gathering of materials and curators and gallersists, the building of scale models for the exhibition space. Reflecting, finding and choosing from a long career.

While being the prolific 75 year old, he continues to do a ton of other projects that were not even part of his retrospective.

For example, going to New York and Los Angeles to be part of the LA Arts Book Fair!

Produced by theFlock in co-production with Swedish Television/K-special with support from The Swedish Film Institute, Filmpool Jämtland and The Swedish Arts and Grants Committee. 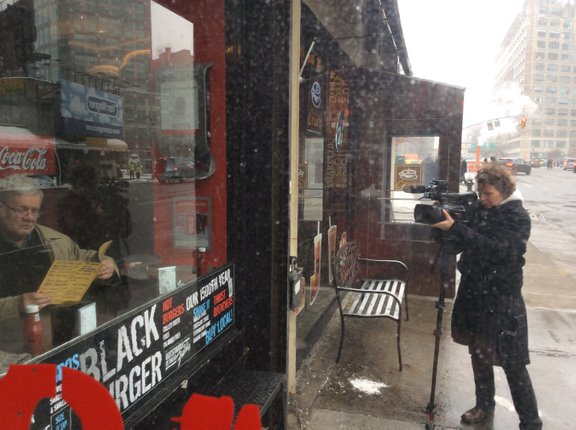 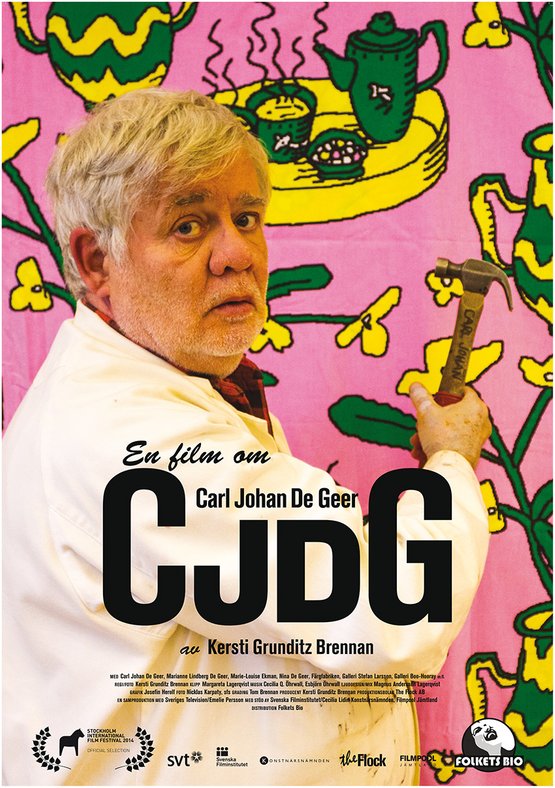 ordering a burger from the infamous Black Burger on New York City's Canal St. in January 2013.

The American east coast was being hit particularly hard

by snow and sleet and temperatures were, in fact, much colder than the Sweden we had left.

We later followed Carl Johan to a Canal Street gallery

where he sat signing the photos and the prints which would be exhibited four days later at the LA Art Book Fair in the Los Angeles Museum Of Contemporary Art.

Sunny LA was a balm to our, regardless how weak, Stockholm winter...

at Boo Hooray Gallery in NYC

with daughter Nina in Santa Monice

surf board drawing in LA

on the streets of LA