One of our recent interests has been to expand our production and co-production energy into Egypt, taking on a co-producer role in two Egyptian film projects, both short works of fiction. From director Mahmoud Assi is a short film entitled, Winds of Sirocco.

In November, 2021, while Tom was in Cairo, Mark Lotfy, of FigLeaf Studios, asked him if he could meet with a young filmmaker who had caught Mark’s eye. Mark would be producing this work but he and Mahmoud were looking for a Swedish producer to represent the film at the Malmö Arab Film Festival in competition for development funding

Tom met with Mahmoud a few days at the Cairo International Film Festival, where Mahmoud pitched his story of Sami, the 40 year old man, whose mother controls his life to the point where he has never bathed himself. Mahmoud showed Tom his storyboards, his artist renderings and some of his previous film work. Tom found the story compelling and was quickly convinced about the potential of the project and agreed to pitch Winds of Sirroco wherever he could. In Malmö, Sami was presented to the world for the first time and we won the pitch. While the project received some well-deserved development funds, the real award has been the attention of filmmakers and funders from the North African and Middle East region. 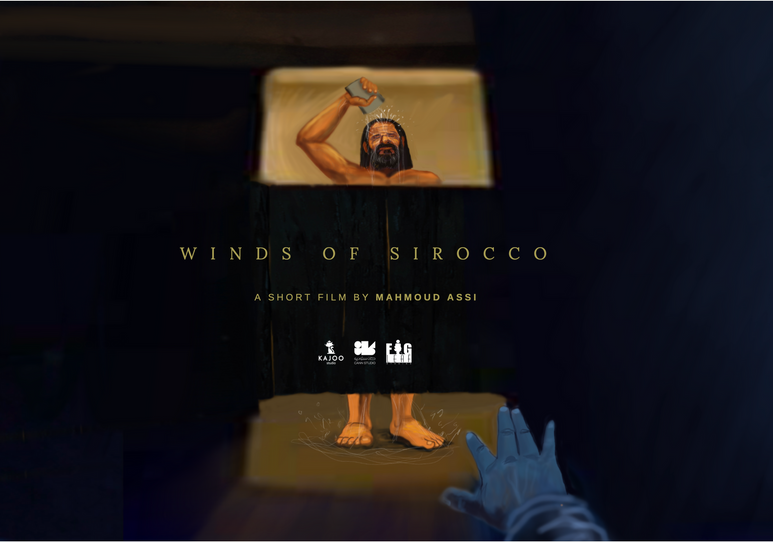